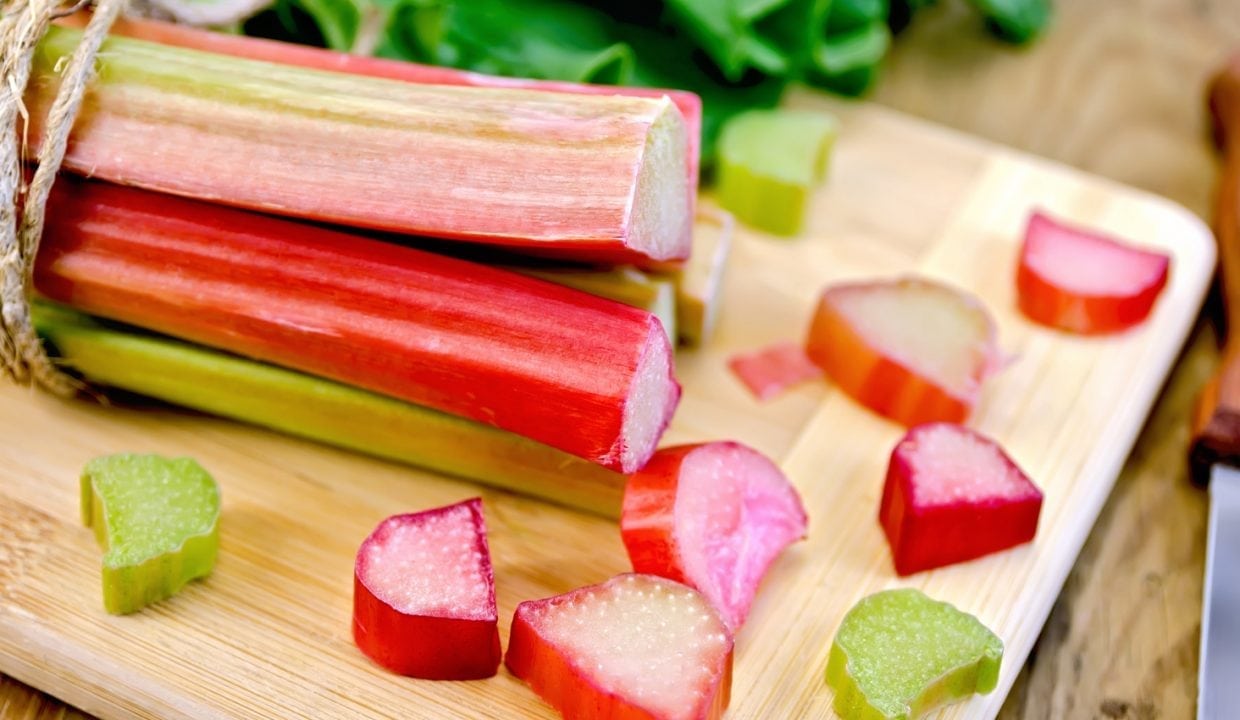 This is a traditional Scottish dessert that we make frequently at River cottage. It’s usually made with fresh raspberries, however in February; I like to use Rhubarb with its bright pink colour and sharp edge.

Put the rhubarb, orange juice and caster sugar in a pan. Bring to a gentle simmer, and then cook for about 5 minutes, until soft. Don’t stir it too much and it will retain some of its shape.

When it’s cooked use a sieve to strain off a little of the juice, (which is delicious mixed with sparkling white wine).

Spread the oats or oatmeal out on a baking tray, toast in the hot oven until golden. 3- 4 mins. Combine the cream, orange zest and whisky or brandy and whip until the cream holds soft peaks.

Loosely fold in the honey, the toasted oats and the rhubarb compote.

Serve straight away trickled with a little more honey.