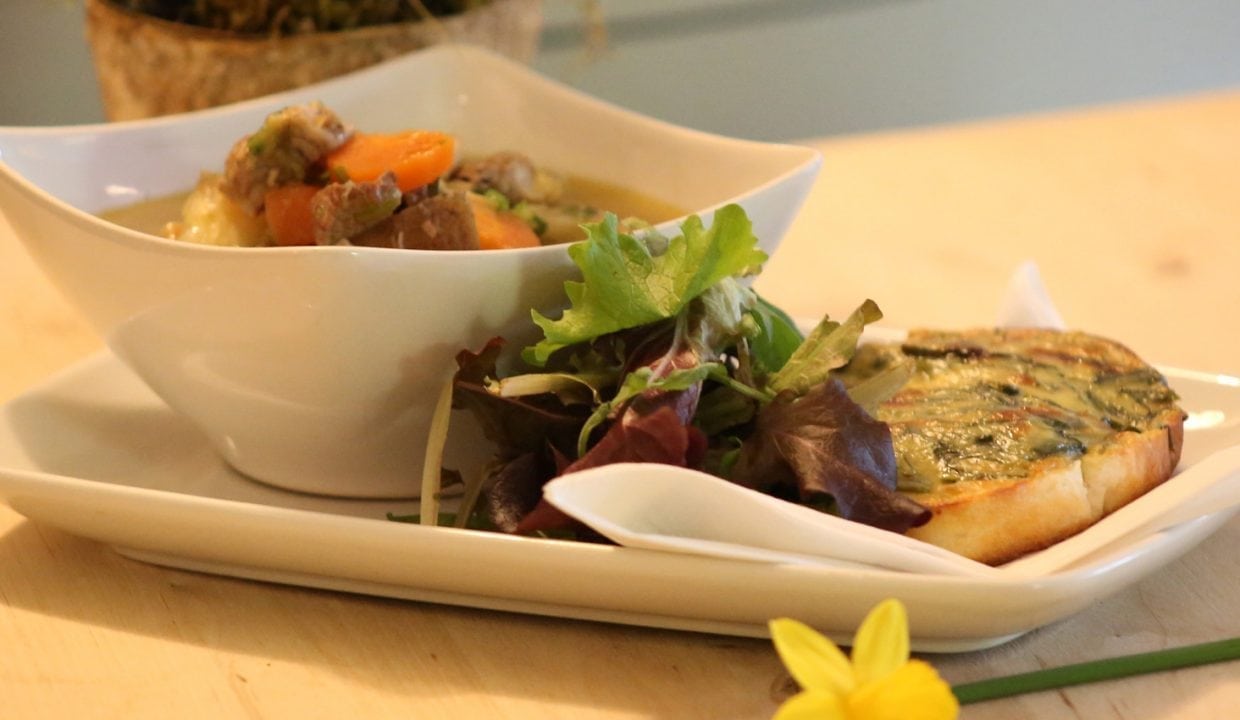 Mutton Cawl for an ESSE hob and slow oven, serves 6 – 8

This ancient dish was probably first made with salt pork or beef, or more likely still with game. However these days mutton is the way to go and I’ve chefed the dish up a little with the addition of some fresh herbs and a drop of cider. It is an ideal slow cooking classic which is started on the stove top then left to do its own thing either on a low heat on the top or popped in a slow oven to finish. When cooking on an ESSE EL13Amp, set to slumber and use the low oven for 5 to 6 hours, for other cooker models, use the main oven, aim for the ESSE dial reading to be COOL, temperature about 120°C for around 4 hours.

To finish the stew / soup / stoup? You will need a selection of fresh, finely chopped thyme and rosemary along with some of the green from the leeks and a few nettle tops, some nice strong local cheese and fresh bread.

Method
It is so easy, it’s a no brainer this one. Simply start by sealing everything off a bit at a time in a large casserole dish in the lard, over a moderate heat. Start with the mutton and bacon then the veg, taking care not to overload the pan. You can, of course, complete this first stage in batches and pop the sealed up bits on a plate or in a dish until its all done. Reserve a little of the green of leek to use later and once everything is done, season heavily with pepper and a little salt. With everything now back in the pan, add the cider and cook for a minute or two before adding the bay. Only just cover your meat and veg with water and simmer until tender, probably 2 – 3 hours, topping up as needed with more water.

Once the meat is tender, season again, and then at the last minute stir in very finely chopped rosemary, thyme, leek green and add a pinch of cinnamon. Serve hearty portions with torn off bread and chunks of crumbly hard cheese.

I like to finish the Cawl with a few nettle tops if you can get them, it’s very seasonal and utterly delicious.